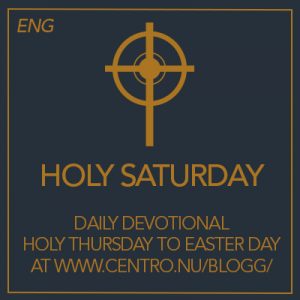 “Then Moses called all the elders of Israel, and said to them, ‘Select lambs for yourselves according to your families, and kill the passover lamb. Take a bunch of hyssop and dip it in the blood which is in the basin, and touch the lintel and the two doorposts with the blood which is in the basin; and none of you shall go out of the door of his house until the morning. For the Lord will pass through to slay the Egyptians; and when he sees the blood on the lintel and on the two doorposts, the Lord will pass over the door, and will not allow the destroyer to enter your houses to slay you. You shall observe this rite as an ordinance for you and for your sons for ever. And when you come to the land which the Lord will give you, as he has promised, you shall keep this service. And when your children say to you, ‘What do you mean by this service?’ you shall say, ‘It is the sacrifice of the Lord’s passover, for he passed over the houses of the people of Israel in Egypt, when he slew the Egyptians but spared our houses.’ And the people bowed their heads and worshiped.” (Exodus 12:21-28)

Have you seen the movie Elysium (now on Netflix)? Matt Damon plays the renegade ex criminal who tries to change his ways by working a low-paid factory job. When by accident exposed to lethal radiation and just given a few days to live he tries desperately to get to outer space station Elysium – where the rich live comfortable lives away from poor earth. On Elysium every citizen has exclusive axess to medical-miracle-pods that can heal any injury or sickness. In a series of horrible events Damon’s character is given the choice to save either himself or provide healing to all people on earth. He does the brave and right thing and sacrifices himself. He dies a hero’s death.

This is the meaning of Easter – One dies for the many. The above Scripture is a forerunner to our Christian Easter. But why is a sacrifice needed? Why always this bloody ordeal, year after year?

Let me give you some context: It was through the blood of the lamb that Israel’s firstborns were saved in Egypt. No salvation was given without blood and sacrifice. In the same way there is a price to be paid for the wrongdoings of mankind, past and future. Where a debt is due, a price has to be paid. Death is coming to everyone sooner or later, this is the consequence of the fall of man.

Jesus is introducing the Institution of the Lord’s Supper during the celebration of the passover lamb. A mind-blowing timing. He directs our focus on himself when he says that the breaking of his body and the shedding of his blood is the new covenant (Luke 22:19-20). The Communion is deeply connected to the events of the Cross, where Jesus is going to be sacrificed like a passover lamb and His blood will let death pass from us on the day of judgement. He is the last passover lamb, but what a lamb!

Listen, it takes more than a lamb or a brave man to save humanity and restore broken relationships and health. Jesus gave up himself like a passover lamb, but his death was the last sacrifice ever needed. It took God’s all to do it. No work in all of history or creation is more important than the saving sacrificial death on the cross. Why? Because it restores all that is broken.

At the end scenes of Elysium the medical-miracle-pods are sent to the dying and sick population on earth for free. Because of the sacrifice of the one, healing came to the many. In the same way ,the consequence of the Lamb’s sacrifice on the cross changes everything.