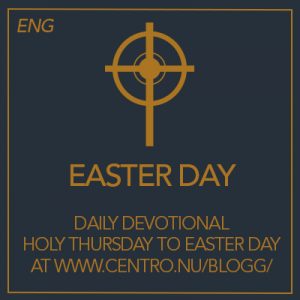 And they found the stone rolled away from the tomb, but when they went in they did not find the body of the Lord Jesus. While they were perplexed about this, behold, two men stood by them in dazzling apparel. And as they were frightened and bowed their faces to the ground, the men said to them, “Why do you seek the living among the dead?”  (Luke 24:2-5 ESV)

Sometimes it is hard to imagine, for us moderns, what the news of the resurrection of Jesus meant to his followers on that first Easter. We are so far removed from the experiences of those first witnesses and have heard the story so many times that we often become desensitized to its original significance. This man, on whom the hopes of his followers were set as the liberating Messiah, had been abandoned by his friends and sentenced to death on a cross only a couple of days before. Jesus, a miracle worker who spoke with authority and challenged the religious and political establishment of his day, arousing both the most fervent devotion and bitter hatred, had ultimately been defeated by the powers that be. This left the crowds who followed him confused and disappointed, his enemies happily vindicated in their scorn towards him, and his closest friends and family sobbing in despair. Death seemed to have had the last word. Jesus had failed to shake up the status quo, and for those who had set their hopes on him, it meant going back to business as usual. The hope for change and transformation had died with Jesus on that cross. That’s why the women who prepared the spices and ointments for Jesus’ body were so perplexed and bewildered at the sight of the empty tomb, as was Peter when he ran to see for himself after hearing them.

Resurrection Sunday is a day of bewilderment and amazement, marvel and perplexity; all-too-human reactions to the strangeness and uniqueness of this event. I can only imagine the visceral joy and instinctive agitation experienced by those early witnesses, their adrenaline pumping as they grappled with the awe-striking news. Jesus is alive? Jesus is alive! Imagine the women walking (running?) back from the empty tomb to see the disciples with an indescribable lightness filling their whole being, their feet numbly trembling, their hearts racing, their intellects shaken. What had just happened? Imagine words failing them in their attempts to describe what they had just seen, their eyes filled with unspeakable hope and tears of joy running down their cheeks. He who was crucified is risen! Imagine the unquenchable bliss overcoming them despite of their witness being met with disbelief. These women couldn’t unsee what they had just seen. No one could take that away from them. Their world had been shattered down to pieces just a few days before, and from its ruins, a new world was being made before their eyes.

For Christians, the Resurrection is more than a historical event, it’s the recognition of a new arrangement of reality expressed in a new way of life. Death has no longer the last word. The hope of change and transformation becomes actualized. That is to say, Jesus brings new life, not only after we die, but presently in the here and now. As Peter Leithart puts it, “Jesus rises bodily from the dead and his new life among us is the diffused new life of the Spirit of the Risen One.” Thankfully, not only can we imagine the Resurrection, but we can fully participate in it.